Eight years ago, the day before Mother’s Day 2008, this young man made his entrance. And the world has been better for it. 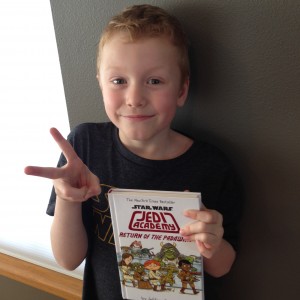 February 7th was his second spiritual birthday. There is no doubt in our minds that the transformative work of the Holy Spirit is active in his young life. 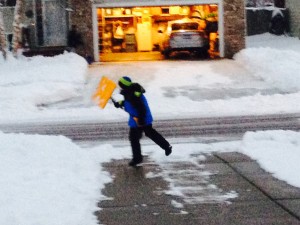 During yet another heavy snowfall this past winter, Jack decided to shovel the driveway to “suprise Daddy.” Jack told me later he wanted to spend time with Doug after work and didn’t want his dad to have a chore to do when he got home. 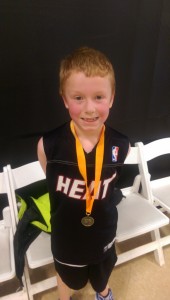 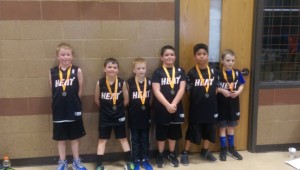 Please ignore the Heat jersey. We had no choice. Although young for his grade, Jack was the tallest kid on his team. He is a fierce competitor. 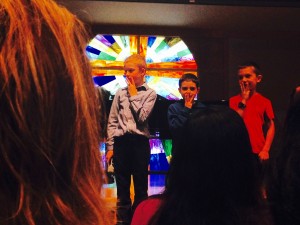 As we wrapped up our Wednesday morning bible study for the year, Jack and the other kids put on a small performance. Jack is usually nervous before being on stage, but surprised me by being the composed spokesperson for the group. 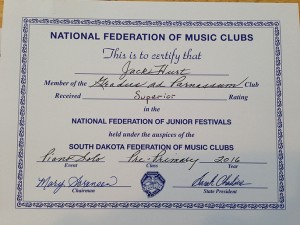 At his first piano competition, even though he was extremely nervous, he scored a superior rating on both his pieces. 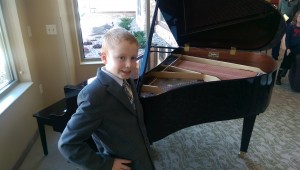 Shortly after, he also performed well at his recital. 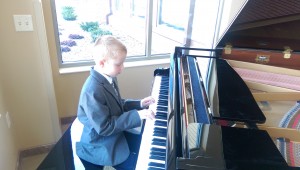 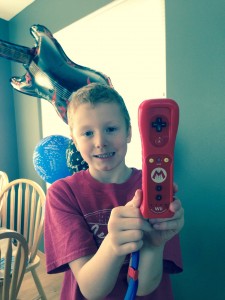 His party was last Friday and his actual birthday was spent opening presents, playing video games and Pokemon instead of doing school, and choosing the restaurant for dinner. 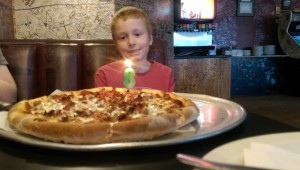 He ordered the All Meat from Tomacelli’s. His favorite. 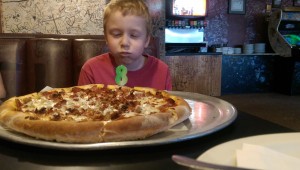