I’ve always enjoyed having a birthday the week of Christmas. I love it all the more because I share my birthday week with Doug. We even shared the same due date: Christmas Eve. 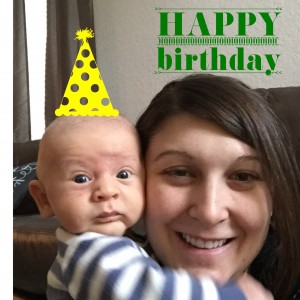 My sweet nephew surprised me with this picture.  Thank you, George! 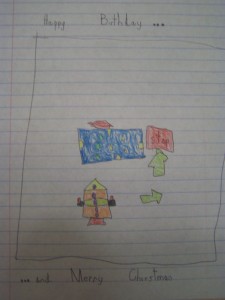 Not to be outdone by his cousin, Jack made me this sweet card. It’s a drawing of a rocket ship that stops at a stop sign and picks up my present. My present has yellow dots (for my birthday because that is my favorite color) and green dots (for Christmas). Or so I was told. 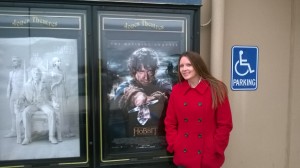 Doug surprised me by arranging childcare so we could see the last Hobbit movie. Tolkien is a big deal for me especially around my birthday. 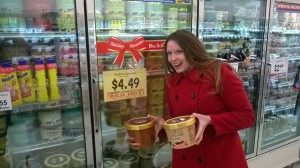 After the movie, we had to pick up some Blue Bell. I was very excited it was on sale just for my birthday. 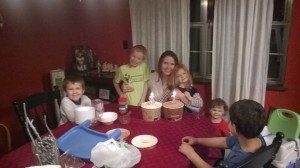 Then we shared it with some sweet friends. 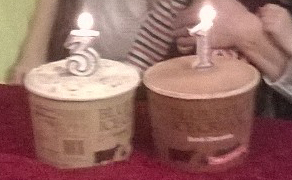 Who needs cake when you can have THIS? For Doug’s birthday we continued our tradition of going to Chickasha for the Festival of Lights. 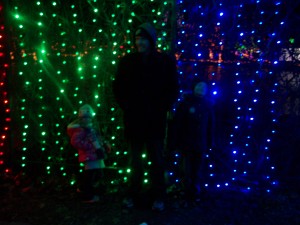 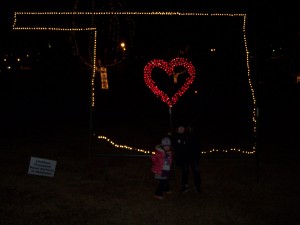 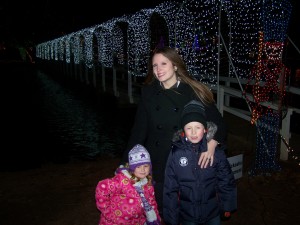 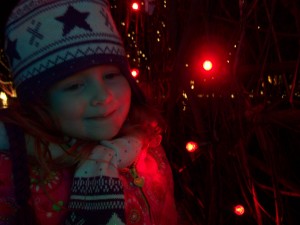 Doug was trying to take fancy light pictures of us. 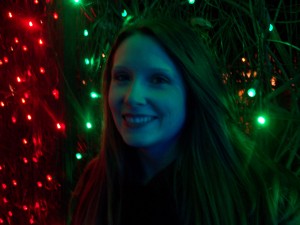 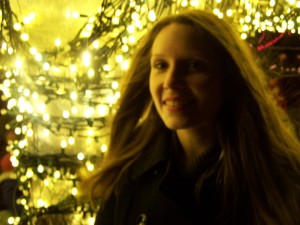 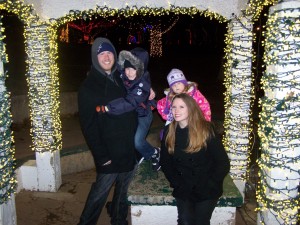 I don’t mind growing older with them.

Thank you for all the birthday wishes!