Today is Lucy Valentine’s fourth birthday. It truly feels like a milestone. Four years. We made it. And we all still love each other. In honor of this important day, I have another installment of Lucy Was Here. Also available in the series is Part One and Part Two 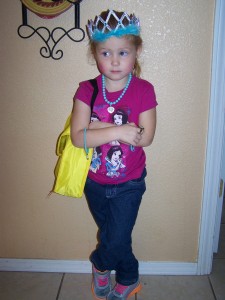 This is how she dressed herself for a doctor’s appointment one morning. And that’s how she looked in public. Some battles are not worth fighting. 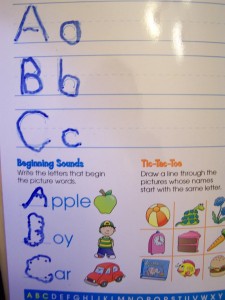 Lucy does very well drawing whatever she wants so it was no surprise she started copying letters on her own. This was her first attempt at tracing letters. Now I have two kids with better handwriting than me. 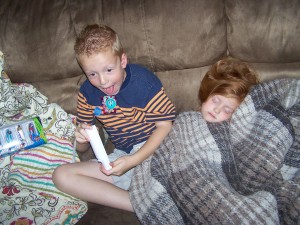 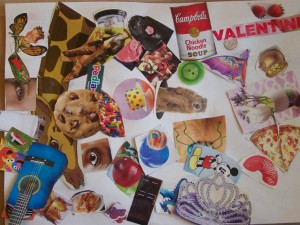 Lucy saw a collage in a book we were reading and asked if she could make her own. I cut out some magazine pictures for her and then gave her free reign of the glue. My sister is a collage queen so I guess it’s in her blood. 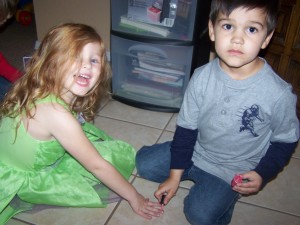 Sweet Daniel may never want to come over again. She actually talked him into painting her nails. 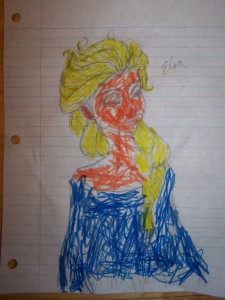 Lucy asked Doug to draw a picture of Elsa. Then she colored it herself. I think they make a great team. 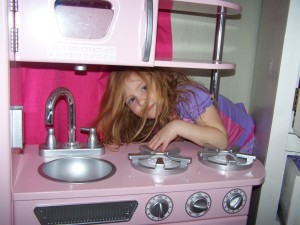 “Mommy, I’m STUCK!” Which all parents know is code for, “grab the camera.” 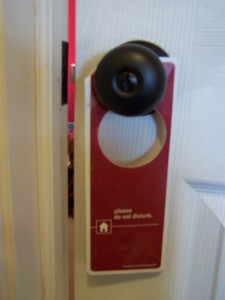 After an overnight stay in a hotel, this mysteriously appeared on her bedroom door. 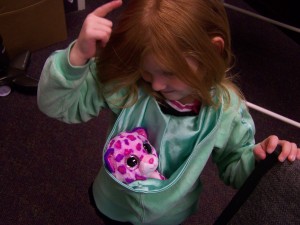 She is aware that it’s trendy to wear your baby so she improvised with her hoodie. 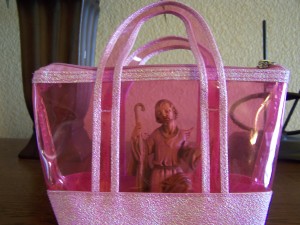 She likes to keep Joseph close to her in her plastic pink purse. 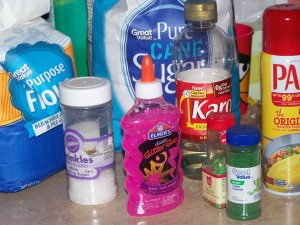 I told the kids we were going to bake and decorate cookies, so Lucy added her own supplies. 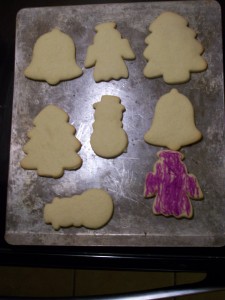 And after the cookies were done cooling, I came back to this. 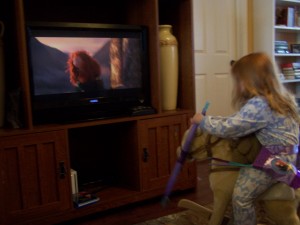 This is how she watches Brave. 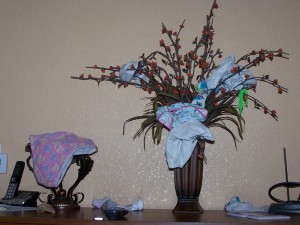 The kids were laughing maniacally in  the living room which is never a good sign.  She had incorporated her underwear drawer into our home decor. 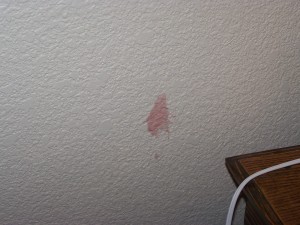 She had a hard time explaining how a glob of strawberry yoghurt ended up behind my nightstand and nowhere else. 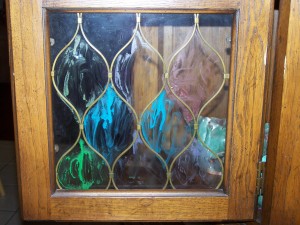 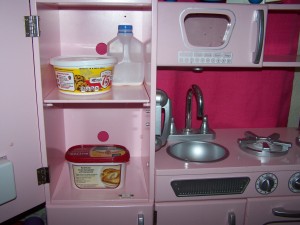 We decided the groceries were better off in my fridge. Her electric had been shut off. 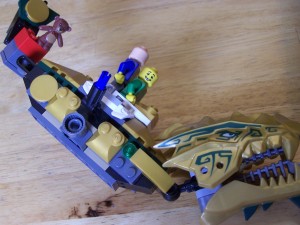 You can always tell when little sister has been in her brother’s legos. The teddy bear and happy kids seem to be enjoying their ride on the killer dragon. 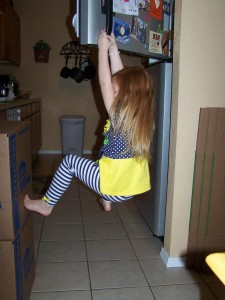 And a Lucy post wouldn’t be complete without a massive glitter mess. The glitter was hidden up high out of reach and she still found it. We’ve since invested in a glitter safe. 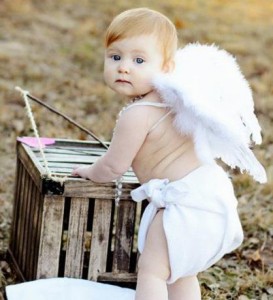 Happy Birthday, Lucy! For four years, our lives have never been the same (or boring).